Why You Need To Have Your Teeth Professionally Cleaned

Many people brush and floss regularly to keep their teeth clean. These at-home hygienic measures are invaluable to your oral health. However, professional dental cleanings are also important.

Here are a few reasons why it is important to have your teeth cleaned professionally twice a year.

Brushing and flossing efficiently remove plaque, which is the sticky substance that coats the surfaces of your oral cavity. Plaque is made up of food particles that are left in the mouth after you eat and bacteria, such as Streptococcus mutans, that typically live in the oral cavity. The mixture becomes sticky because of the biofilm that the microbes in the plaque produce.

As long as plaque is soft, it can easily be brushed or flossed away. However, if plaque is not removed quickly enough, it hardens to form tartar.

When plaque calcifies and becomes tartar. Its appearance is dull and yellow, making the teeth appear discolored.

The yellow tartar is not easily removed. It must be scraped away by a dentist.

Tartar tends to accumulate between the teeth and near the gum line. To remove the unsightly accumulations thoroughly and safely, the dentist uses a special scraping tool called a scaler. Once the tartar is removed, the teeth look brighter and cleaner.

If the tartar is left in place, it continues to build up. The porous substance provides an increased surface area where plaque can accumulate.

The bacteria in the plaque release acid as a waste material when the microbes feed. This acid causes gum inflammation that can incite gum disease. In addition, the acid corrodes the tooth enamel to cause dental decay.

The bacteria contained in the tartar are removed as the tartar is scraped away. As a result, the oral health problems caused by the bacteria diminish.

As food particles become trapped in the porous tartar, they can rot, causing an odor. Additionally, the odors of smelly foods or spices, such as onions and garlic, may become caught in the tartar.

Tartar may also be malodorous due to the bacteria it contains. Oral bacteria that is anaerobic release volatile sulfur compounds that give bad breath its characteristically stale odor.

As the tartar is scraped from the teeth, there are fewer hiding places in the mouth for food particles and bacteria.

If you have not had your teeth professionally cleaned within the last six months, contact the office of a local dentist, such as Family & Cosmetic Dentistry, to schedule an appointment. 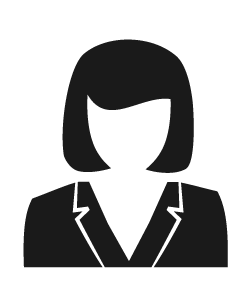